Who came up with this idea – and how?

Credit for the very useful bubble wrap goes to Alfred W. Fielding from Hackensack, New Jersey and Marc Chavannes from Switzerland. The two men worked in a garage to create plastic wallpaper with a paper backing. They failed miserably. But, although what they created couldn’t adorn people’s walls, in 1957, the two men accidentally invented bubble wrap.

In 1960, the two men formed Sealed Air Corporation, a company that now makes packaging materials for countries around the world, with annual revenues exceeding $3 billion. Fielding was a graduate of Stevens Institute of Technology (1939), where he also received a Master of Science degree in 1943 – and an honorary Doctor of Engineering degree in 1986. He is an inductee of the New Jersey Inventors Hall of Fame, as well.

Because bubble wrap can’t be traditionally recycled, it makes sense to reuse it to protect delicate belongings after your move – maybe fine china that you only use on holidays – or find other practical uses. PaperMart.com suggests lining your produce drawers in the refrigerator to cushion tomatoes and other foods that can become mushy.

GrandmasHomeRemedies.com suggests lining the inside of the toilet tank to keep the outside of the tank from getting cold – which will help to prevent condensation during humid days. Although we haven’t tested this idea, Huffington Post gives it thumbs up, and also suggests lining reusable shopping bags with bubble wrap to insulate frozen foods until you get home. 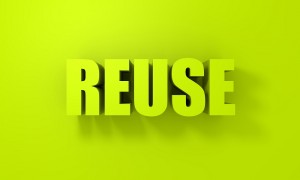 Or follow these suggestions: spray water on windows and then stick the bubble wrap, flat side towards you, on the windows for insulation. Or protect a wall that gets hit by a door when being opened – or put the wrap on your car windshield in the winter to prevent frost from forming.

What suggestions do you have to reuse bubble wrap? Leave them in the comments below!

Bubble wrap: who invented it, how it can be reused and more

Our staff of certified moving consultants are ready to assist you.

Review Us On Google+

on G+ to write your review!